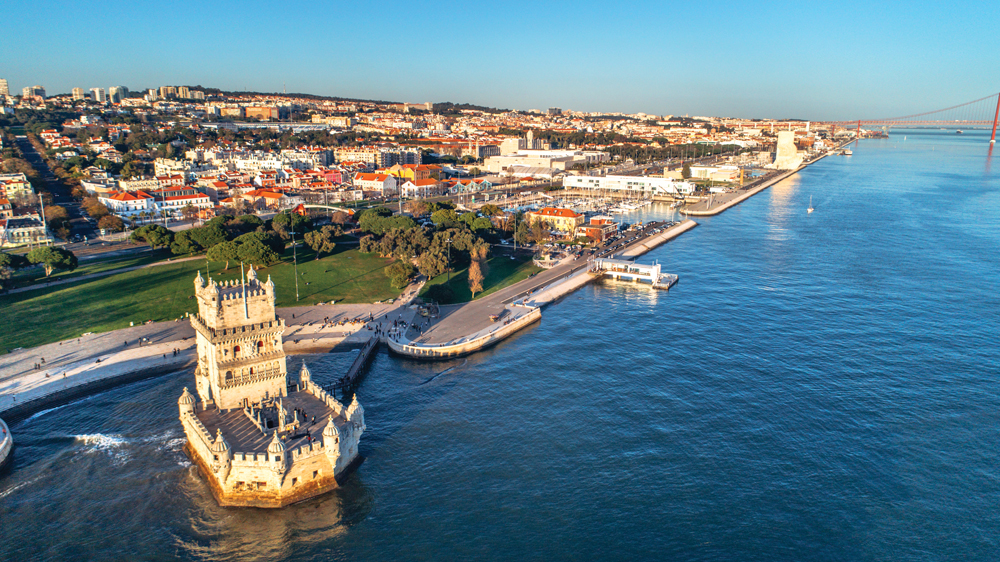 Next to the historic centre of Lisbon, one of the city’s largest districts is the Belém district, located opposite the Tagus in the west of the city, with its emblematic buildings of Manueline architecture.

Belém’s tourist interest is centred in four places that are a must in any tourist itinerary in Lisbon: the Jerónimos Monastery, the Tower of Belém, the Monument to Discoveries and the Belém Factory. The two furthest away, the pastry shop and the Tower of Belém, are separated by about a kilometre of gardens and a pleasant walk in front of the Tagus.

How to get to Belém

The easiest way is to take public transport from Lisbon. You can take the Cascais train from Cais do Sodré (which has a metro station of the same name) and get off at “Belém” station for €1.30 (Variable fare to be confirmed on the official Lisbon transport websites). Tickets can be purchased on site at ATMs. See the schedule on the website of Lisbon trains.

Another easy way to get to Belém is to use tramway number 15E, which leaves from Praça da Figueira, near the Rossio metro station in the city centre, and passes through Terreiro do Paço and Cais do Sodré. Get off at “Belém-Jerónimos” or at the “Centro Cultural Belém”, depending on the starting point of your excursion. The tram costs €2.90 but if you have the Lisboa Card, all Lisbon transport is free. 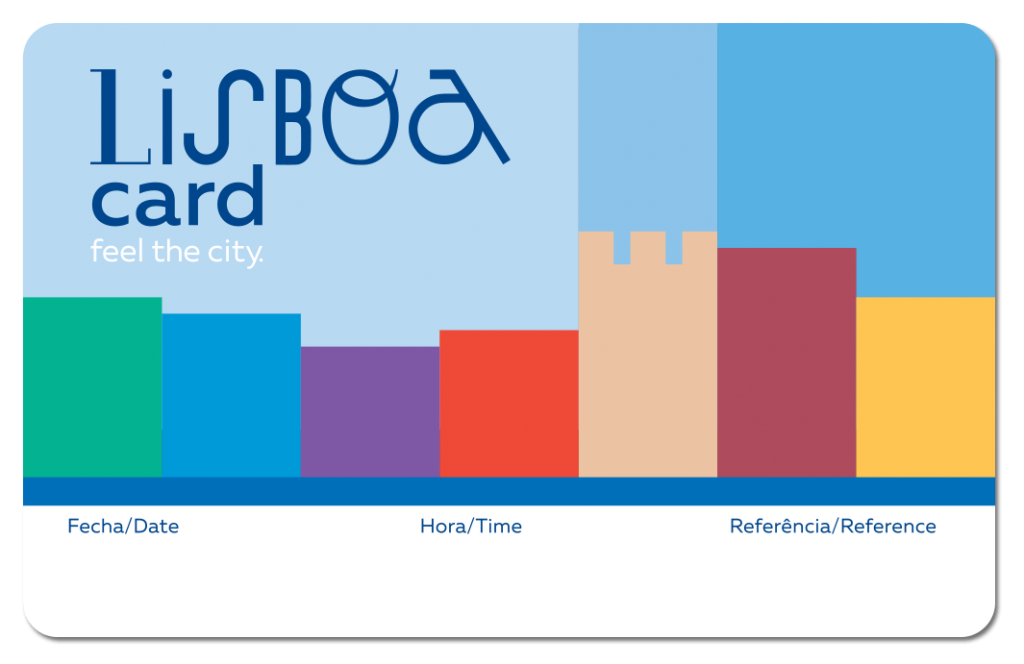 Buy the Lisboa Card by clicking on it

What to do in Belém

When you get off at the “Belém” station or at the stops of the “Belém-Jerónimos” or “Centro Cultural Belém” tramway, you can start your tour with the main attractions.

This work has the format of a caravel and prints images of Portuguese navigational personalities, such as Pedro Álvares Cabral and Martim Afonso de Sousa. The Discovery Monument was erected in 1940 but reopened in 1960, 500 years after the death of Prince Henry the Navigator. At the top of this monument in Belém is a magnificent panoramic view of the region.

The Tower of Belem 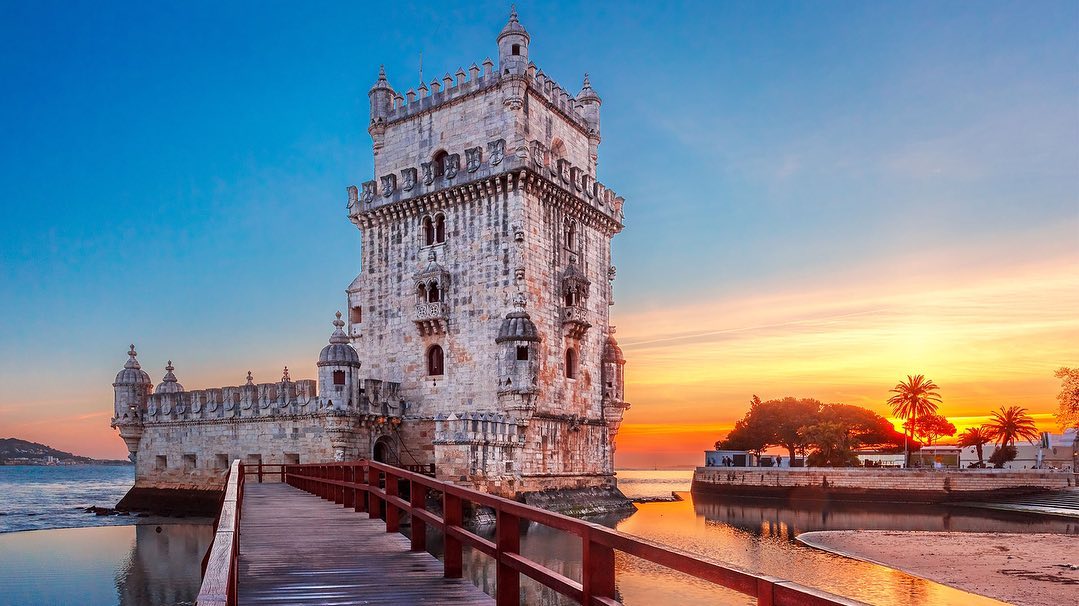 Walking a little more than a kilometre along the banks of the Tagus River, you reach one of the biggest symbols of the district, the Torre de Belém. Strategically built on the banks of the river between 1514 and 1520, its main function was to defend Lisbon. The tower, a UNESCO World Heritage Site, is open to the public and is one of the most visited monuments in Lisbon.

Then return to the Monument to Discoveries and on the other side of the Garden of the Empire Square is the imposing Jerónimo Monastery, also classified as a UNESCO World Heritage Site. Next to the church of Santa Maria de Belém, King Dom Manuel I founded a large monastery in 1496, bearing the same name as the church. But as it was given to the monks of the Order of St. Jerome, it became the Monastery of Jerónimos.

The church is open to visitors free of charge and has three impressive naves and stained glass windows. You will also find the graves of personalities such as Luís de Camões and Vasco da Gama.

Back at the monastery, it is possible to visit it and discover the whole building where the monks lived and prayed. The visit is free on the first Sunday of each month for residents. Otherwise, the ticket is cheaper when combined with other attractions, such as the Tower of Belem. 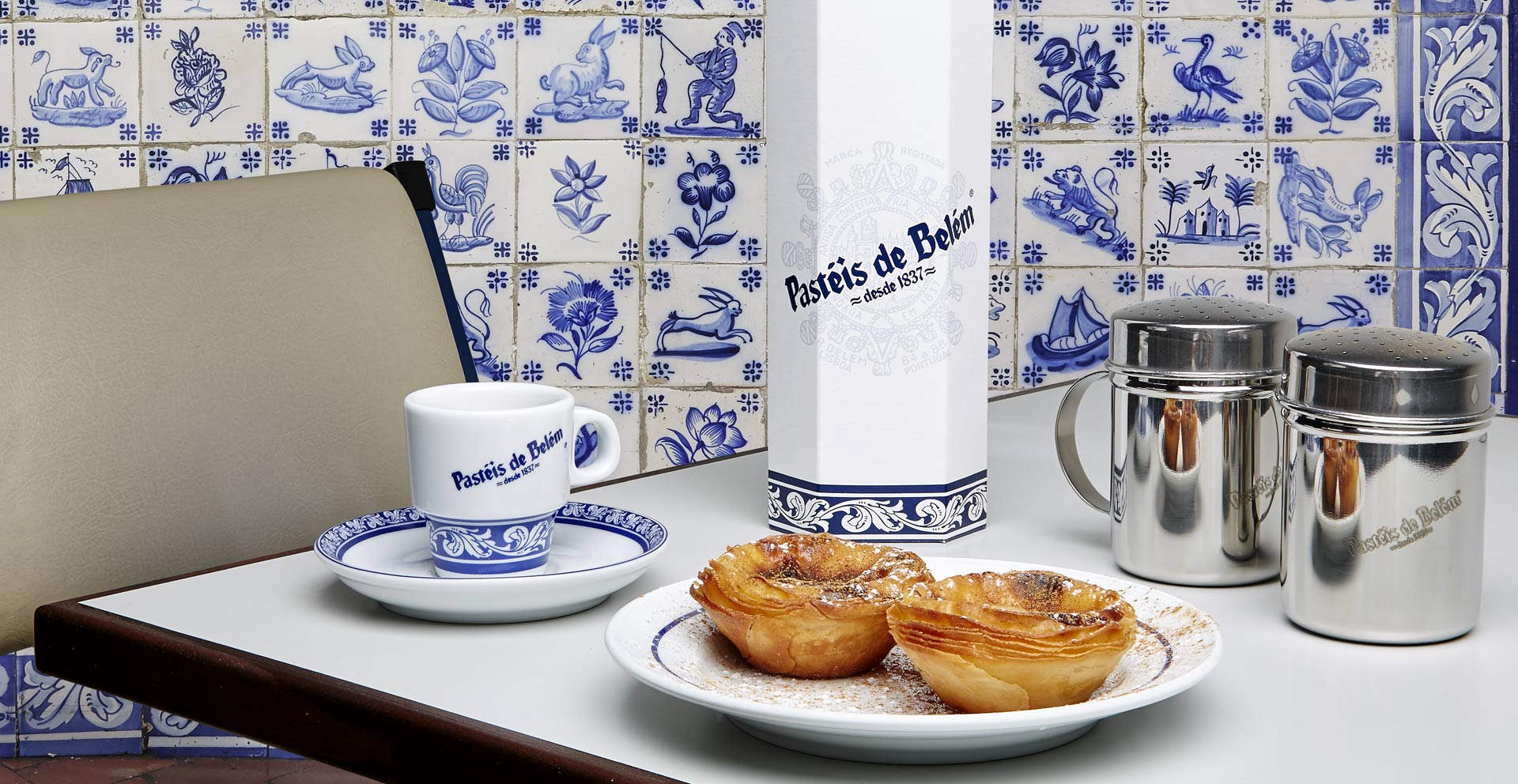 Going to Rome and not seeing the Pope is for some people inconceivable. The same applies to the visit to Belém without tasting the Pastéis de Belém. Although these custard pies are sold across the country, it is only here that they can bear the name.

The legitimate recipe, which appeared in the Jerónimos monastery, is still made today in the pastries of the pastries of Belém, whose opening date is 1837. If you go to this place in the afternoon, expect to face a large queue. This place is emblematic of the Belém district in Lisbon

Belém is a district of Lisbon where the weight of history is strongly reflected in the impressive historical references of great importance and recognized by UNESCO as World Heritage.

This district of Lisbon has many things to discover and visit, such as:

All these monuments and buildings make Belém one of the most visited places in the city of Lisbon.

Mosteiros dos Jerónimos, located in Praça do Império, where the beach of Restelo was built years ago, has great architectural and historical value, housing elements of the ancient Gothic and Renaissance style. Its construction continued and lasted a hundred years from its construction by King Manuel I until the end of its construction.

The Monastery represents a real Portuguese richness of Manueline style, as well as the Tower of Belem, already listed as a UNESCO World Heritage Site.

The Discovery Monument is a monument in honour of the great promoter of Discoveries, Prince Henry the Navigator, and celebrates the five hundredth anniversary of his death. A unique monument which, under construction in Belém, leaves the mark of an era of “strength”, “courage” and “determination” of the Portuguese people.

The Museu da Marinha and Museu da Arqueologia have been established in the old part of the monastery and have as their main objective to exhibit pieces of Portuguese archaeology and nautical history.

In the Belém Cultural Centre, which is more modern, lively and endowed with an architecture of extreme beauty, there are many cultural attractions. It is a cultural space with a giant art collection and one of the most recent buildings in Lisbon for art and culture lovers.

The Berardo Collection Museum is a space filled with modern and contemporary art, ideal for those who love and want to witness a visual testimony of history through art. This museum is very well known internationally for its originality and for the richness of styles and techniques of its works of mainly European and American origin. The Museum offers several permanent exhibitions but also temporary exhibitions to enrich visitors’ knowledge on different specific themes.

The National Palace of Ajuda, which once housed King D. Luís and his wife Maria Pia, is also one of Belem’s most important monuments. This important building was closed when the Republic was created and part of it was transformed into a museum. Today, the Museum of the National Palace of Ajuda, located where the royal family stayed after the devastating earthquake of 1755, houses in its interior many of the treasures of the royal residence.

The Centre Champalimaud’s objective is to develop biomedical research and provide interdisciplinary clinical care that improves scientific and clinical knowledge.

On the cultural level, there are also many museums in the Belém district, such as:

No tourist guide will forget this part of the city and will not divert you from the monument dedicated to the two heroes who flew across the Atlantic, Gago Coutinho and Sacadura Cabral, or the famous Belém pastels made at the Confeitaria: an element of traditional Portuguese confectionery, which sells about ten thousand pastesi a day for a taste.

Enoteca de Belém is also a reference place where you can taste wines and snacks of the highest quality in a pleasant and welcoming environment. The traditional wine list has been replaced by a pair of binoculars and the customer must use it to see the wine he wants to taste. The wine is placed on a shelf that looks like an old library, like a book.

Belém is a place of attractions and a charming tourist place that now has the capacity to meet the expectations of a large and varied public. In addition to the buildings of historical interest mentioned above, Belém has vast recreational areas and gardens, making it a very pleasant place to visit or to live in.

The Botanical Garden is a green space of about seven hectares with a greenhouse equipped with heating that houses collections of plants from tropical and subtropical climatic zones. These plants are an important source of study, research and information on species, attracting the public and increasing visits to the garden.

Visiting Belém at night is just as pleasant with beautiful walks along the river. The premises have been built to be friendly and welcoming. On the banks of the Tagus, the day becomes more exquisite and coffee breaks more relaxing.